Travel Warning – Stay Away From Lombok Smile and GoKomodoTours! 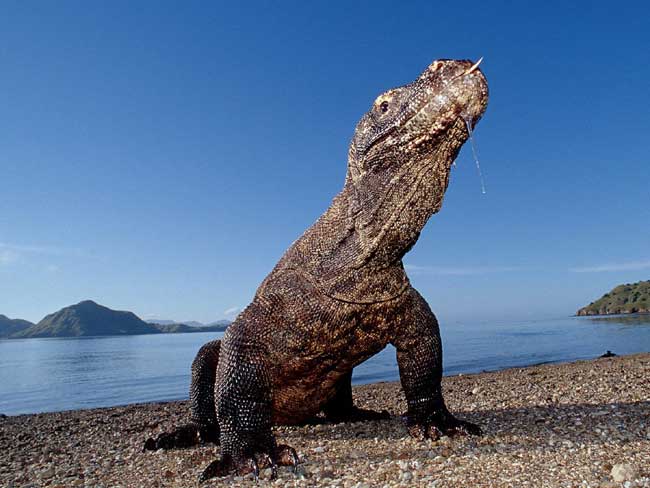 This site is mostly dedicated to Bali and the positive things that go on around the island. Things are not always great though and especially when you find yourself outside of your base of Bali things can go a little awry.

The intent of this site is not to bash or slander anyone, but after an experience I had with a tour company in Lombok, I feel the need to share, so other people don’t fall victim to the same sort of problem. If you choose to stop reading here, make sure you read this: Stay away from Lombok Smile and GoKomodoTours!

A little backstory to everything that happened

My girlfriend (Balinese) and I decided that during her time off for Lebaran that we wanted to see the Komodo islands and west Flores as well. This was a tough time to book a tour as most of the tours leaving from Lombok during that time were not operating as the crew would be taking the time off for the holidays. Finally we found a tour that was running with Lombok Smile (who operates under GoKomodoTours) and booked with a man named Abdul Rahim. We paid our deposit to ensure our space on the boat (rp. 700,000) and 3 days before the tour was set to leave, they called us and confirmed the trip, as well as the meeting place – MGM Plaza in Mataram at 12PM.

We took the ferry to Lombok the night before from Padang Bai and arrived with plenty of time to spare at MGM Plaza. With many heavy bags we decided to leave them for a bit at the home of a Balinese family nearby. After walking around for a couple of hours to kill time we decided to call and let them know that we were in Mataram a bit early. No answer from Abdul Rahim had us a bit worried, but we pulled out the brochure and located the number of the owner GoKomodoTours, the parent company. Upon calling the owner, Pak Sam, he told us that the tour had been cancelled 5 days ago (2 days before they called to confirm our trip). After explaining that we had already paid our deposit, he hung up on us and then turned off him phone so that we could not call back. We were furious but determined not to let them get the best of us, so we called up one of our contacts (Balinese) in the tourism industry in Lombok, who happened to not only know Pak Sam, but where he lived as well.

After obtaining his address we hunted down two ojek drivers (motorcycle taxis), who on a good bit of luck happened to be Balinese as well. They were immediately angered by our story and wanted to help us in any way that they could. While on the way over my girlfriend was able to get a hold of one of the lower level employees (Tony) who works under Abdul Rahim, who agreed to meet us at MGM Plaza later on. We wanted to find the house of Pak Sam first though, and upon finding his house, one of the ojek drivers knocked and asked politely in Bahasa Sasak, if Pak Sam was home. Still being early in the morning Pak Sam’s wife woke him up out of bed, still wearing nothing but a sarong and the look of horror on his face when he saw all of us standing in his living room was priceless. For a good 5 minutes he sat almost speechless on his own couch looking like he was about to release his bowels while we explained to him that we were the ones he had spoken to and hung up on just a half hour earlier. After also explaining that we were travel writers (somewhat true), he started to get a lot more scared and throw blame around to everyone else in his company. We contacted Tony again and told him to forget about meeting us at MGM Plaza and to just come directly to his boss’s house. No mention was ever made that the man accompanying us was an ojek driver and we can only assume that Pak Sam believed him to be some sort of “preman” or hired muscle brought along to be more intimidating. In reality, he was a really nice guy who really cares about the advancement of Lombok and the tourists and visitors being treated well.

While waiting for Tony to arrive we talked up and down about how wrong what they were doing was and Pak Sam claimed he knew nothing about any such practices (later in the week, people who know him well would tell us otherwise). Tony showed up and cut straight into a story about how the tour was cancelled at the last minute, despite Pak Sam telling us it had been cancelled for 5 days. Upon hearing that we decided to get straight to the point and tell him that we wanted our deposit back immediately. Since Tony was sitting in a room with his boss, 2 customers and an unknown man in the corner all very obviously angry at him, he complied immediately upon seeing our receipt for the transfer of the deposit.

Since we had already booked plane tickets back to Bali from Labuan Bajo, and due to their mistake we had wasted our money going to Mataram for no reason, we told him that we also wanted him to pay for our transportation to Labuan Bajo from Mataram. He agreed and we set off directly for the Bus terminal in Mataram, where he bought us two tickets at rp 300,000 a piece, and once the tickets were in our hands and we said that we were satisfied, he was off without so much as a goodbye. We have still not heard a word back from Abdul Rahim, who was always quick to answer our questions before he had our money.

If you’re still with me after that admittedly long story

…you might be asking why I still feel the need to put a warning out on these companies after they tried to right their wrongs with us. My answer, would be that our situation was not typical and we had some good luck in a few areas, such as:

So even though we managed to come out on top of this situation, this is certainly not the first time they have pulled this (although we are probably the first to track him down to his house) and it probably won’t be the last. We were able to work it out through a bit of luck and a lot of local knowledge, but how would the average tourist make out if they only had a few days experience in Indonesia? So, I write this not out of spite for the company themselves, but out of hope that others don’t get fooled in the same way or worse.

In the end we made it to Labuan Bajo, albeit a long trip (don’t ever travel by bus just before Idul Fitri), and booked our Komodo tour there. The tour was great, we had an excellent time and would recommend both Flores and Komodo to anyone looking for something new to explore. Since this post has mainly been about tour operators to avoid, I thought I would throw in a couple that are trustworthy.

Perama Tours – Perama is the go to operator for tours in Indonesia and they are a good bet if you want to go with a trusted name. Their staff speak good English and they own both their land and sea vehicles, so there is never any miscommunications in travel transfers. They are a more expensive option though, so for travelers on a budget they might want to look at another operator.

Kencana Adventure – This is the operator that we ended up going with in Labuan Bajo and they operate out of Lombok as well. The owner is Balinese and they were extremely helpful and their tour was hassle-free with none of the problems that you sometimes hear about with other non-Perama tour operators. We would go on another tour with them anytime and recommend them highly to any of our friends.

So all in all things didn’t turn out as bad as they could have for us, and we gained some valuable experience and a couple of good stories out of the whole ordeal. Just remember that not all tour operators are created and the age old saying “Buyer Beware”.