Prepaid Electricity in Bali – The Advantages Over the Old, Post-Paid System 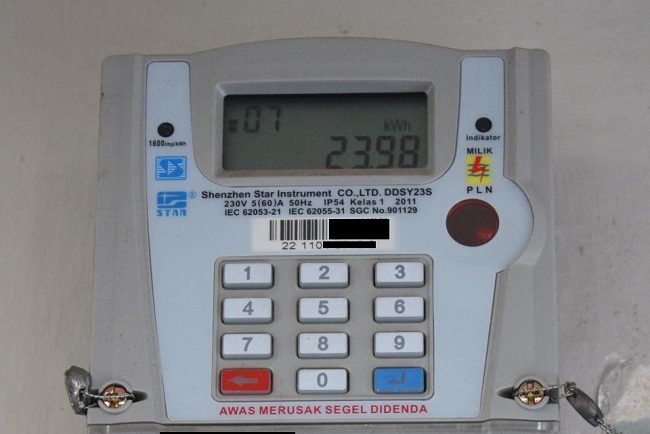 The electricity coming into your house is going to be a big part of your happiness or misery while living in Bali. When everything is working as it should then you will be able to power your fans and AC to keep you comfortable as well as your computer, internet, TV and other devices for your entertainment purposes. If you have shoddy electrical wiring or you don’t have the appropriate electrical capacity then you will spend most days cursing the powers that be for your troubles. There is nothing worse than having to make sure you shut off certain appliances just so you can use others without your power going out. Unfortunately some houses are built and set up with insufficient capacities. A hot topic has been the prepaid meters and whether they are a good idea or not. Having just moved into a house with one, I want to document my experience with them.

The prepaid meters that work with pulsa like on your phone were not initially well-received. Many people complained that they would run out of credit on Saturday and not be able to get electricity again until Monday when the PLN (electric company) office opened. Whether that was really the case or just a lack of knowledge on some people’s parts I can’t say for sure as my experience using this system just started recently. Either way, things are very efficient now.

When I moved into the new house the landlord loaded us up with rp 100,000 of credit which actually worked out to be rp 115,000 of electricity. Now after about 10 days the credit is almost gone and the meter started beeping to alert us. I took the card out to the ATM and entered the number and chose the amount I would like to fill it with. The name of the owner of my house showed up right on the screen of the ATM so I knew I had things right. After the amount was taken from my account it printed out a slip with a code to enter onto my meter. After entering the code, my meter instantly reflected the new amount.

There are other ways to fill the account as well if you don’t have a local account. You can fill at the PLN office or by phone too. I have heard of couple of other methods but can’t say for sure. If it is the weekend and you can’t speak Indonesian to handle it over the phone then using a friend’s bank account and just handing them the cash will work just fine.

For me, overall it has been a very positive experience and I now prefer this method for the following reasons:

So to wrap things up, even though I was a bit apprehensive to move into a house with a prepaid meter despite the house being an amazing deal and value, I’m glad that I did. At this point I far prefer the new system for the reasons listed above and would never recommend that people avoid it. Now if we could just do something about the still frequent power outages which have nothing to do with the meter itself, things would be really great.