Masuk Angin – The Wind That Infected an Entire Nation 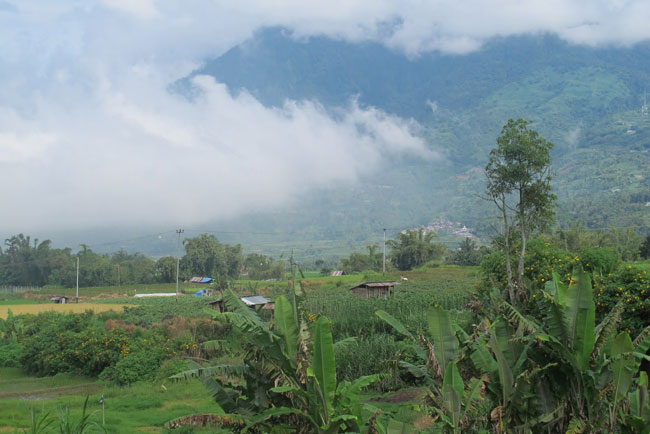 After several years in Bali learning about the language and culture several of my friends like to joke that I’ve “gone native”. Everyone has a different definition of going native and whether it is a positive or negative thing but that’s all relative.

Sure, I eat rice with my hand (right hand only) most of the time. I also don’t bat an eye anymore as I hear someone talking about mystical events while they grip the latest model Blackberry. I have been here long enough to understand exactly why the Balinese and Indonesians do a lot of the things that they do. There is still one thing that I just can’t wrap my head around (or refuse to) and that is Masuk Angin.

If you are unfamiliar with the term, masuk angin translates loosely to “enter wind”. It is also the most common ailment that people come down with in Indonesia. Didn’t show up for work yesterday? “Sorry, masuk angin!” Don’t feel like getting out of bed today? Masuk angin rears it’s ugly head again. To understand the constant case of people catching masuk angin though you need to explore the thought process behind it.

People in Indonesia believe that when the wind is blowing and it gets inside of you, it has the power to make you sick. Actually, not so much that it has the power to make you sick but that it will definitely, positively make you sick every time. This leads to people taking extreme precautions to shield themselves from the wind to keep from getting sick. The symptoms of masuk angin include coughing, sneezing, sore muscles, fever and headaches. Basically all of the symptoms of a cold or light flu.

Scientifically I could start to get behind this line of thinking to an extent. When the wind blows, germs and bacteria get spread around making it easier for you to get sick from exposure to germs. Now here comes the kicker. Masuk angin is even easier to catch by sitting in front of a fan in a closed room.

This is where I stop being able to follow the logic. Theoretically that closed room will not have any more germs coming in or going out – they are already there. The fan blowing them around will not increase your chances of being infected by germs. Masuk angin is not about the spread of germs but from the belief that the wind itself will get inside of you and get you sick.

Have you ever sat around in a closed room that was hot even by Indonesian standards and wondered why no one wants to turn on a fan? The fear of masuk angin is one that almost all Indonesians believe in fully. If you get up and turn on the fan, you might notice people shifting away from the fan to avoid being grazed by the wind directly. There are even medicines out there like Tolak Angin (reject wind) that are sold just to prevent the symptoms of masuk angin. Always tasted like regular old cold medicine to me.

If this is your first time learning about the phenomenon that is masuk angin, ask one of your local friends about it. Don’t do it in a rude way or force them to defend their beliefs but the responses can be quite funny. The differences in beliefs between eastern and western culture are totally apparent when the topic of masuk angin comes up.

In the end I find masuk angin to be a funny topic and I mean no disrespect towards Indonesians or their beliefs whatsoever by sharing my views. My own grandmother believes in several causes for ailments and their remedies that I find quite funny as well. Generation can cause the same sort of difference in belief that culture can. And who am I to tell someone what to do or what not to do to keep up their health? I may not be afraid to let the wind into me, but I’m certainly not afraid to let the wind out of me either, if you know what I mean.