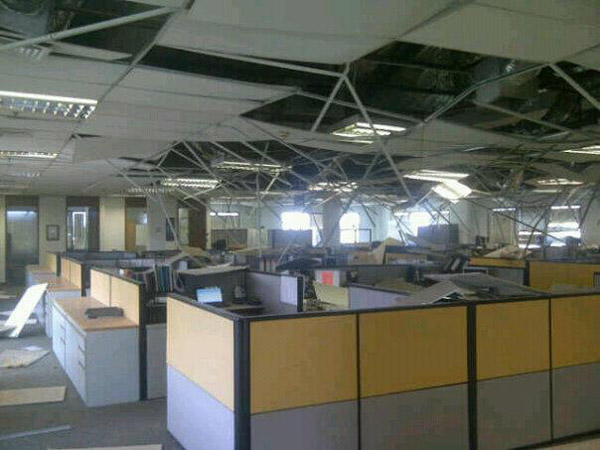 It happens all of a sudden with barely enough time for you to prepare anything before running out of your house. An Earthquake hits without warning and is finished almost as soon as it started. Such an earthquake hit Bali today and luckily it was not as devastating as some of the other earthquakes that have hit the archipelago in the past.

At approximately 11:16 AM on Thursday, October 13th the ground started to shake. It was quite a strong quake, being rated initially at 6.0 and definitely the strongest that has been felt within the past few years in Bali. Those that live in populated areas of Bali without a doubt saw everyone congregating on the streets in front of their homes trying to get out from underneath the buildings that they live in which have a potential to collapse. There was the initial quake, then it stopped for a couple of seconds and it was followed up with a stronger aftershock. 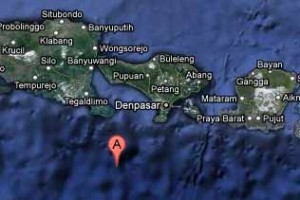 The above image is from Google where they have documented the exact origin of the earthquake. It started 100 km (62 miles) southwest of Denpasar and was rated at 6.0 (although some initial sources are saying 6.8). Either way though it was pretty strong as it was felt all the way up to the north coast of Bali as well as in the eastern parts of Java.

Since it has only been a few hours since the earthquake information is still a bit slim although thankfully there have been no deaths to speak of. Hopefully things stay that way. There has been damage to property and some people have been brought to the hospital to treat injuries most likely due to falling debris. Updates will be posted if anything more serious develops although hopefully that will not need to happen.

Below are a few pictures of the damage including Kasih Ibu Hospital in Denpasar and Carrefour on Sunset Road. As you can see the roof was badly damaged at Kasih Ibu Hospital and the area underneath the large Carrefour logo has fallen. These are just a few of the first pictures taken from cell phones and sent to me. If anyone else has any pictures worth sharing, please do so in the comments. 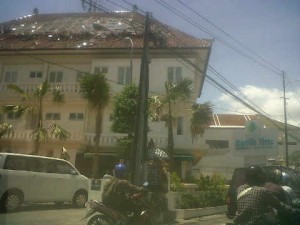 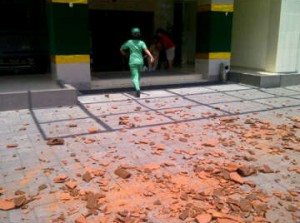 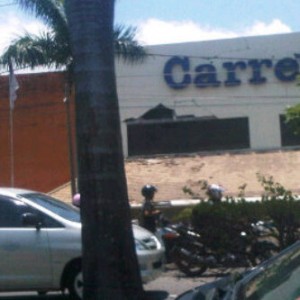 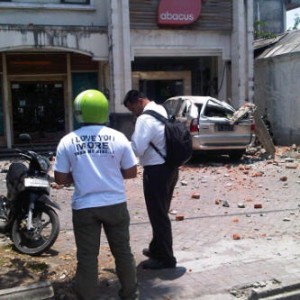 Of course, BaliManual wants to wish a speedy recovery to everyone and everything that was affected by the earthquake.

*UPDATE* Approximately 3:55 pm another quake hit. This one was much smaller and much shorter.