2 AM Curfew for Kuta Clubs – Is It Realistic? 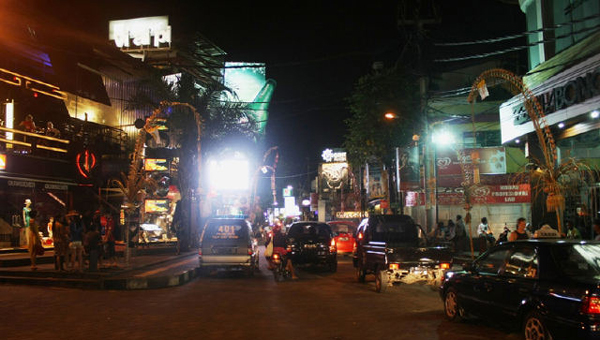 A drunken, crazy night in Kuta until sunrise is some people’s idea of a great way to spend their time in Bali. Others though couldn’t think of a worse place to be, especially at night while trying to enjoy the serenity that Bali offers while on holiday.

Most can agree though that they are glad the mayhem and nightclubs are centralized in one spot in Kuta, to contain the madness. Everyone except the actual residents of Kuta, the Balinese.

Most that do enjoy the party scene in Kuta and get a rush off of all of the adrenaline that is pumping through the streets and the clubs, see the area as a party zone and tourism hub. What people often forget though is the streets of Kuta also act as the backyard to thousands of Balinese people. Kuta is comprised of 13 separate “Banjar”, far more than any other similarly sized area in Badung Regency. The local residents don’t see all of the mayhem going on in their neighborhood in the same lighthearted way most party-goers do as their daily lives are affected by it. Recently it was announced that the Banjars of Kuta had come together to try and enforce a 2 AM closing time for all clubs in Kuta. This has caused a lot of conflict from many different angles.

How does this affect the local residents?

As you can probably imagine, the local residents of Kuta are tired of all of the crime and noise pollution in the streets. Once it gets late in the Kuta area, pickpocketing is extremely common and is carried out by men, women and even children. Several people lose their wallets and other possessions every night due to petty crime like this that tarnishes the name of Bali. Violent crime is on the rise with fights becoming more and more common both on the streets and in the clubs and the level of noise is just out of control. This doesn’t make for a comfortable living situation for the people that were born and raised in Kuta.

The local residents have a lot to be thankful for however. Long-time Kuta residents are often have land or other assets which have made them money for their families during Bali’s continued rise as a tourist destination. Tourism has a big impact on Kuta’s economy and the nightclubs impact that as well. The residents of Kuta are not asking that the nightclubs be shut down, just that they shorten their business hours to 2 AM to clean up the streets a bit earlier.

Members from the Banjars are on patrol now at night in Kuta, at first to make sure that the clubs are complying with the new rules and secondly, to carry out a sort of neighborhood watch and try to keep things peaceful on the streets of Kuta into the late hours of the night. If you have been on the street in Kuta at around 4 AM anytime recently then you will know first-hand it is not a very fun place to be. The presence of the Banjar carrying out rules in their own neighborhood is hoped to have a positive outcome.

How does this affect club owners and employees?

As you can probably imagine there is not a single club owner that is happy about these new policies coming into effect. With most clubs closing at 5 AM they are essentially losing 3 hours of business a day or almost 100 hours per month. The late night dash to the bar can often be the most profitable times for a club so this can cause them to take a significant loss.

An employee’s view on it will depend on their arrangement with the owner of the establishment. If their bosses are willing to pay them the same amount for less work then they will be ecstatic with the new rules. If their hours are cut and so are their salaries then some people may have trouble feeding their families.

As with all things in Bali, it is always wise to operate in a way that the Banjar agrees with. Club owners that refuse to shut down early can end up facing huge problems later on with their Banjar, who have more say than anyone about what goes on in their area. Most club owners have been reluctantly following the orders of the Banjar so far.

How does this affect people looking to party?

Bali night life gets going a bit late compared to other places in the world. The clubs don’t really start to fill up until around midnight which leaves only 2 hours for partying before the music gets shut down and everyone is told to go home. Then everyone is ushered out onto the street and confused about where to go.

Night spots in surrounding areas are bound to see a spike in business as those looking to party all night won’t just retire to their hotel room because the closest club to them is closed. Some will take taxis, clogging up the streets and some will hop on motorbikes – drunk – causing potential injuries to themselves and others. Not to mention the spillover and influence of the Kuta night life crowd into some of the slightly quieter areas of Bali.

This is all still very new so it remains to be seen whether or not this will have an effect on tourism numbers. There are surely going to be a handful of people that disagree with the 2 AM rule and will seek out a more party-friendly atmosphere for their next trip.

What problems have arose so far?

Outside of the club owners and club goers not being very happy about the new rules, some other problems are apparent. By forcing everyone out of the clubs at 2 AM there is going to be huge masses of people in Bintang singlets on the street all at once at 2 AM.

This is in contrast to letting the people trickle out of the clubs slowly as they get tired and letting the true warriors step out at 5 AM in much smaller groups. 2 AM is quite early and the clubs are usually still packed full. If you thought you knew mayhem in Kuta then imagine all of the patrons from every club in the area being forced out onto the street all at the same time.

On the flip side, the members of the Banjar that are out there patrolling the streets are doing it out of the love for their community without getting paid. Staying out and trying to control a bunch of drunken tourists until 2 AM, even for the good of their own community is not an ideal situation for most, especially when not getting paid for it.

So what is the logical solution?

If you’ve spent any amount of time in Bali then you should be familiar with the fact that the logical solution is not always the one that will be used. There are a few ways that things could be carried out a bit better, although the practicalities of all of them are debatable.

The reality for the future remains to be seen

Trial and error and most likely compromise are going to be the things that determine the final decision of this new ruling. Most don’t see the 2 AM curfew lasting indefinitely although many agree that something does need to be done to clean up Kuta’s streets. The next few months will definitely be interesting for everyone out at night in Kuta.