Safety in Bali in Your Home – Taking Realistic Precautions 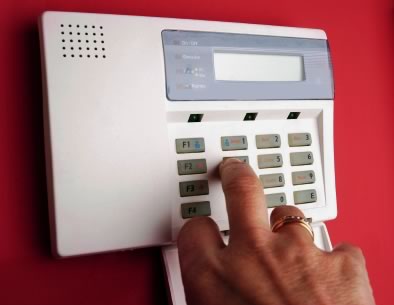 One of the main reasons that people decide to pack up and make the move to Bali is because of the friendliness of the people and the feeling of safety and comfort that they have while here on Bali.

Recently though the question of how safe Bali actually is has been questioned, with the murder of a local woman in her home in the middle of the night in Petitenget. Times like this are good time to look at the facts and realities of things and what you can do to keep yourself safe.

What happened to the woman in Petitenget was certainly a tragedy and has made some people reassess the security situation in their own homes, but this incident is not a reason to go overboard and start barring up all of your windows and buying attack dogs. This isn’t the first time this has happened and it won’t be the last but it is still far from an often occurrence. That does not mean that you shouldn’t have some security measures in place though if you don’t already.

The area of Petitenget and up north a bit through Umalas is notorious for this sort of thing and quite possibly has the highest instances of it in Bali. Basic protection should be in place especially if you live in this area, but anywhere really if you have your own home. The best form of protection is a night watchman/guard. You can go the expensive option and hire a fully trained security (rp 1.5 million + per month), but often there may be someone living in your Banjar that will be willing to be there at night for a price that you both agree on.

The reason that the Umalas area suffers from these sort of robberies is that the house are located in quiet areas of the rice fields with not many people around. Often most thieves in Indonesia only need to see a single person around to be deterred from attempting a robbery, despite the size of the person standing guard or lack of any sort of weapon. You also have the added benefit of employing a person and especially if you hire from your Banjar then you will be more respected for giving back to your community.

A dog is another option which of course would not require a salary and most would be thieves are scared off by dogs as well, although not quite as much as a person. Security systems can be purchased as well and while this would be a one-time cost to get your house set up and protected, the initial investment can be costly especially if you have a larger house. Installing iron bars up on your window is always an option but it will certainly look very ugly from both the inside and out and tells would-be thieves that you have valuables inside. They can always find another way to get in anyways.

Now with the negatives of being a home dweller in Bali already addressed, time to focus on the more positive and the reality of things. The amount of crimes in Bali, especially violent crime is much lower per capita than just about any of the Western countries that most people move to Bali from.

Outside of maybe a security system most of us probably wouldn’t ever consider something as far as hiring a security guard for our homes back in our own countries. It could be argued that we are more of a target here as foreigners, but the situation is still generally safe.

While some people will go into extremes on both sides, it is important to find a middle ground. Bali is a relatively safe place but don’t fall into a false sense of security and not take necessary precautions – things do happen.

At the same time don’t spend all of your hard earned money and time worrying about what might happen. Your life in Bali should be relaxing and if you aren’t able to relax here then maybe you should rethink the way you are living.