Julia Roberts in Eat, Pray, Love vs. the Real Bali 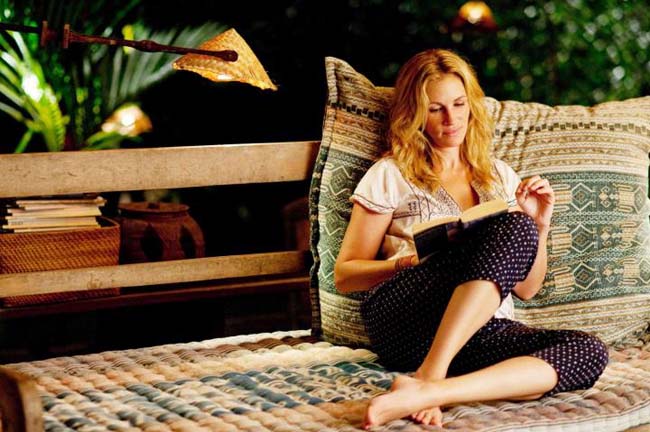 If you take a walk around Ubud these days and pop into its many cafes, you will notice a trend. There are many women there who are on a similar journey as Elizabeth Gilbert took in her now famous book turned movie, Eat, Pray, Love.

Did the movie really do the Island of the Gods justice though?

In a word yes, the film was much more watchable than I thought it would be. I haven’t read the book (and probably wouldn’t if I was paid to), but I was quite surprised that I was able to sit through the whole two and a half hours of it.

Admittedly, it was a bit long and I spent most of the time anticipating the section about Bali, although the fact that the movie began in Bali helped a lot to hold my interest through the middle parts. The movie had some amazing scenery throughout, although the sceneries shown in Bali definitely overshadowed anything they showed of Julia Roberts in America, Italy or India.

This will definitely do a great job at piquing the interest of people who may never have considered Bali as a future destination. I did have a few bones to pick with the movie, most minor and some very small, but they were there nonetheless.

Overall though, I think the film was much better than I thought it was going to be. It focused more on the overall character development during her time in Bali, rather than the island of Bali, which we probably all would have liked to see more of, but we are probably biased in that way.

It will definitely work to drive more people to Bali, although if it will drive the right sort of people to Bali is another matter entirely and totally up to everyone’s individual opinion.