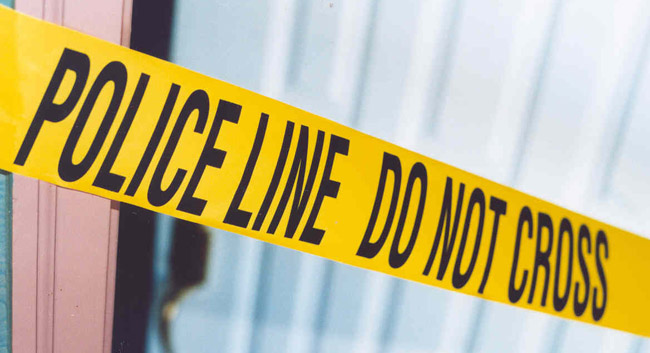 It is something that most people never want to think about – but the harsh reality is that while safe, Bali has its share of dangers as well. Hang around long enough and you are bound to come across an expat or two that has experienced their home being broken into and robbed, sometimes in a quite horrific fashion. This is what happened to Shane McRae and her husband not too ago and she is willing to share her story with us, in hopes that it will help people to be more aware of what can happen and what security measures they can implement to prevent such an occurrence. The interview below is 100% real and I would like to thank her for being strong enough to share her story, it could not have been easy to talk about.

Please introduce yourself. Who are you and how long have you lived in Bali?

My name is Shane McRae and I have been fortunate enough to live in Bali for almost two years with my husband Bob, four dogs, and two cats. The trauma of our attack hasn’t dampened our keen appreciation of Bali and the lovely Balinese people. We hope to live in Bali for many years to come.

Where were you living when this incident happened and how long had you been living there?

We live in a small village just south of Ubud and have been in our house for almost one year. We are on a small street with only six houses.

Can you describe the incident exactly as you remember it?

It was early in the evening, around 7:45 but Bob was tired and had gone to bed already. I was watching a movie with headphones on when suddenly two strong hands came from behind my chair, squeezing my head and muffling my attempted screams. I could only see dark aggressive eyes surrounded by shrouds of fabric completely covering his head and neck. Our large dog, Ginger leapt to defend me but the man holding me down had a partner who hit Ginger hard on the top of her head, knocking her to the floor. Bob came into the room just in time to see her hit and hear the accompanying loud crack. Then Bob was bashed on his head, staggered backwards and fell onto the bed, stunned and bleeding profusely.

Then the horrific bat came down across my face and knocked my jaw out of place, loosening seven teeth. I was dragged by my head into our bedroom where we were both bound with rope and plastic raffia.  My hands were tied so tightly that they immediately began to swell and my ankles were tied too tightly to allow any wiggle room. The brute then cut a strip of mosquito netting to gag my mouth. Bob’s wrists and ankles were bound, his arms were pinned to his sides, and he was gagged as well.

They then began looking through our house for what they could steal. They found some jewelry and also jerked my watch from my arm. They took a computer, personal irreplaceable items, a camera, money and any small, valuable items they could find.

I wiggled on my bum to the bathroom to get scissors and cut the bindings on my feet, before going back to cut the bindings on Bob’s feet and hands loose. He then cut my hands loose and we realized that thanks to the dark, our attackers had overlooked our phones. Hurriedly we grabbed them and the keys and ran to lock ourselves in our bathroom, the most secure place we could think of.

Did you have any connection to the people who broke into your home and attacked you?

It didn’t take long for us to figure out who the attackers were. Two days before the attack our gardener had brought two new employees to work at our house. On the evening of the attack at 9:00 PM, the two men rang our gardener and asked if he could immediately take them down to the bus station in Denpasar. They said one man’s father had been in an accident and was hospitalized. They wanted to get home to Java as quickly as possible. We soon learned from our gardener’s brother that his father had not been hospitalized and there was no reason for an emergency trip to Java.

What happened after the incident was over? How did the people in your area respond?

As soon as possible we rang a friend, Wayan to tell him we’d been attacked and asked him to ring the police but Wayan had a better idea. He called our village leader who immediately sounded the kulkul, a long wooden bell that, when struck, can be heard throughout the village. The kulkul serves many purposes but one of them is to sound a warning that brings the men of the village immediately to the banjar meeting place.

Within five minutes of Wayan’s call, twenty or more men, armed and dangerous, were at our house. The sight of these men gathered to protect us as members of their village made us feel instantly safe. It also reminded us that we are part of a community that always helps, defends, supports and cares for its members in all ways. Within another five minutes there were another twenty or more men around our house, scouring the area for the attackers.

Did you go to the police? What was the result?

Yes, Wayan did ring the police and they arrived not too long after the men from our village secured our home. The police asked many questions before Wayan called a halt and took us to the hospital. The next day the police were back asking more questions.

The police work differently here than they do in Australia and we did not realize that it is customary for the police to be paid for an investigation to take place, especially since it involved a trip to another island.

The police showed us a photograph of one of the men and also his old identity card but the men were not questioned or arrested and we have no idea why.

Did you have any security measures in place at the time to prevent something like this?

At the time we had few security measures in place and at 8:00 at night the house was not locked up.  It was easy for the men to simply walk in, especially since I was wearing headphones and could not easily hear them moving around.

Have you increased security around your home since the incident?

Since the attack we have strategically placed pepper spray canisters in various locations. We have purchased an air gun and we are in the process of buying an electric fence to be placed at the top of our wall and fence. We are also looking for some hand-held panic alarms.

After going through this experience what advice would you offer other expats living in Bali?

It is important not to feel immune to being attacked and to take precautions to ensure that it doesn’t happen to you. Many people feel that it cannot happen to them for various reasons such as their barrier security, their populous neighborhood, their dogs, their security guard, their weapons, or their personal body strength. Some of these things may help but you should not feel complacent and you should also realize that we as expats and the Balinese as well are being watched and targeted by thugs and thieves.

Allowing people to enter your property to work can create a weak point in your security. For example, the men who attacked us knew our four dogs were not dangerous and they knew their way around our property in the dark. Security guards have at times been in collusion with the thieves. Dogs are easily poisoned and a guard dog is, in itself, a danger.

Know the identity of everyone who enters your property. Decide which security measures are best for your situation. Use any influence with government officials to require that they take preventative measures against this crime continuing to escalate and you’ll decrease the chances of it happening to you.

Thanks again Shane for sharing your story with us. What I took away from this story was that even though there are people looking to do some really bad things in Bali, the local community is very supportive of people living close to them, even foreigners. Shane and her husband definitely have a great relationship with the people within their Banjar, but I have no doubt that the local Banjar would have extended this protection to anyone in their situation.

This story hopefully will not turn off anyone who is considering living in Bali but instead will make them more aware of what could happen. There is no need to turn your home into Fort Knox, making it unpleasant to live in but some small security measures can go a long way. Remember to be safe, be careful of who you allow into your home and don’t flash around your wealth if you have it. Remember to make friends with your local Banjar as well because they will be your life line in a situation like this.