Getting Internet in Bali 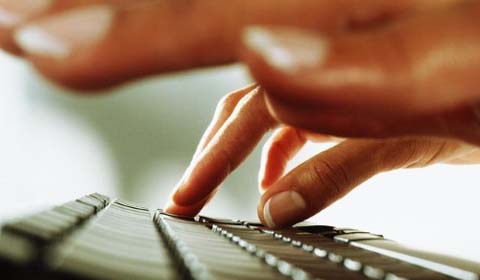 Probably the most consistently complained about aspect of living in Bali, besides possibly the traffic, is the unbearably slow internet speed and the high price of such a slow service.  It can really be a thorn in your side especially if you are coming from a country that has blazing fast internet for about $30 a month.

The thing to understand is that Bali and for the most part Indonesia as a whole simply does not have the sort of infrastructure to be able to support many of these forms of internet that we are used to and that sort of technology is expensive.  While you may curse the high price of your slow internet compared to your home country, you must also think if the house or villa that you are living in would be available for such a low price in your home country as well.

Eventually the slower pace of things in Bali will set in and you will get used to it, but the good news is that Internet is getting better and better by the day in Bali.  Let’s take a look at some of the internet options available today.  Note that this only covers the provides for the southern area of Bali.

Max3/BizNet – This is an ISP that is based out of Jakarta and if you can get them in your area then they are probably the best way to go for internet.  They offer a fiber optic connection which is a definite first for the island and they offer speeds up to 20MBps (for a hugely inflated price).  Since the technology is new it is still not available everywhere, usually in the more populated areas closer to main roads.

TelkomSpeedy – The second best choice for internet would be the TelkomSpeedy service although this one would require that you have a phone line in your home, or that you install one first if they are able to put new lines in your area.  The majority of homes in Bali with internet installed use Speedy, which means that sometimes the speed can fluctuate wildly.  Still for the cost of set up (rp 75,000) and the speed you get (1MBps for rp 750,000 or 2MBps for rp 1,000,000 if your line supports it), Speedy is the way to go if you have a phone line in your home.  Site

CBN – If Max3 is not available in your area and your home does not have a phone line you are still not out in the woods yet.  Wireless internet through the use of an antenna is available from CBN.  The set up costs are much higher at rp 2,000,000 for the installation and you get less speed for the money with the fastest package, 1MBps costing rp 1,000,000, but if the other options are not available for you then it is much better than nothing.  The antenna will either be placed on your roof or if there is a problem getting the signal due to high building in your area they can install a large pole in your yard to catch the signal, although this will detract from the Feng Shui of your lovely home or villa.  Site

3G Internet Service – If you have not yet found you place to live, or none of these internet options are viable or within your budget there is a much simpler way to get internet in Bali that requires no installations at all.  Most cell phone providers in Indonesia provide 3G internet that is actually quite fast, sometimes faster than that of the more permanent internet fixtures.  You will need to buy a USB 3G modem (or just use your phone if it is 3G enabled), which you can get from a place like Rimo Computer Mall on Jl. Diponegoro.  The most important thing to remember here is to not get tricked into buying one from a provider as it will be locked to that providers service.  Instead shop around for one that is unlocked so that you can easily switch out SIM cards if you find yourself in an area where your Current SIM card lacks a good signal.

One of these 3G modems should cost less than rp 500,000.  After that service will cost you anywhere between rp 100,000 – 200,000 per month depending on the provider, but most of them do have a limit of 3GB per month.  For someone who uses the internet for e-mail, Facebook and browsing this should never become a problem, but if you like to download you could easily go over this quota in less than a week.  To pick a provider simply figure out which cell phone service gets the best signal in the area you plan to use the internet the most and then check out their 3G internet packages.