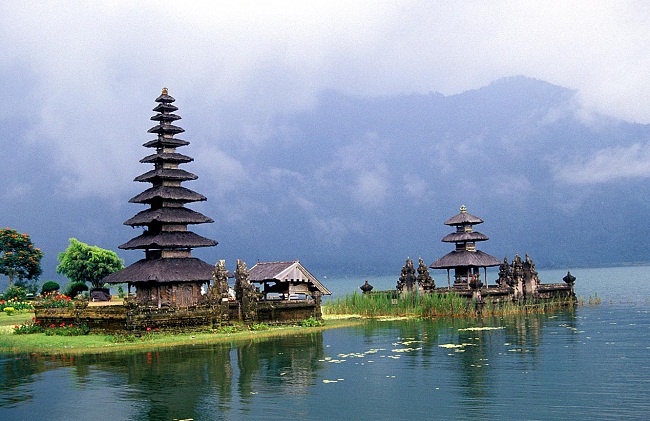 At some point, every long-term, foreign resident of Bali eventually has to leave for one reason or another. In my time here I’ve yet to meet anyone who has spent a substantial amount of time on the island without ever having left, although that is mostly just a visa issue.

As I type this, I am sitting in a hotel room in Bangkok and have been away from Bali for 12 days, the longest period of time I have ever been away from the island since first setting foot there almost 4 years ago. With another 5 days to go until I am set to return home (I fully consider Bali to be “home” by this point), I can’t help but think about all of the differences – both positive and negative – between Bali and other popular SE Asian destinations.

After boarding my plane at Ngurah Rai International Airport, I found that my seat was right in a row with several Balinese travelers my own age also headed for Bangkok. After making fast friends as the Balinese are so great at doing we were ready to take off and I was excited about the 17 day trip ahead of me that I would spend throughout Thailand and Laos. The plane barreled down the runway and immediately as the wheels left the ground I made the joke “I miss Bali already”. Everyone laughed but in reality I was only half joking – I get that same sort of feeling every time my plane takes off from Bali.

Upon arriving in Bangkok

It was apparent from my first impression of every new place that I saw – the airport, the streets and the infrastructure – Thailand is better prepared and adjusted to tourism than anything I have ever seen in Bali. I spent the next couple of days in Thailand marveling at the efficiency of how things work in a SE Asian (that isn’t Singapore). Most everything was on time, the several different modes of transportation worked together smoothly, traffic wasn’t congested like in Bali and real, fresh milk was everywhere and cheap (that’s a personal bonus though, I’m a milk-lover that just can’t stand the UHT stuff). All the different types of delicious food everywhere and everything else seemed overwhelming to me in the beginning. I won’t lie, I wasn’t thinking about Bali too much in those first couple of days.

A 5 day trip up to Laos helped to really put everything into perspective for me. My Balinese girlfriend remarked that many parts of Laos reminded her of what Bali felt like when she was still a young child. It was quiet, calm and cheap, plus the people still had a very innocent and unspoiled vibe about them (in the majority of the areas of Laos that we visited). Laos is an extremely poor and troubled country given their turbulent history and landlocked position geographically, but there were some things that even Laos was able to pull off better than Bali. Trash was rarely seen anywhere except in the trash bins where it belongs and even in the country’s capital, Vientiane, the mood was very mellow.

The end of the 5 days in Laos brought me back into northern Thailand where the infrastructure is better and the economy is really thriving off of tourism. This was the point where I passed the mark of my longest time away from Bali and I had a revelation. None of these advantages that the other countries provided were of any real importance to me because it wasn’t happening in Bali. Nothing against either Thailand or Laos but there was just something missing from both of them that I get while I’m in Bali, although I couldn’t put my finger on exactly what.

In Bali I no longer feel like a true outsider

I have not (yet?) converted to Hindu but I feel a strong connection with Balinese people after spending so much time there. It helps that I can speak Indonesian and Balinese but it still felt to me like things were boiling down to much more than a language barrier (or a lack thereof). That is reinforced by the fact that I have many expat friends who can’t speak the local languages fluently and still prefer Bali above all others. I wanted to say that it had something to do with the warm and welcoming attitude of the Balinese but feel that statement is flawed also as the Thai and Laos people were very warm and welcoming also. In all honesty, I can’t give an exact reason for why myself and so many others feel the way that we do about Bali. That was my second revelation – I don’t need to know why I love being in Bali so much – like loving another person, the feelings can’t be rationally explained.

So as I sit here in Bangkok with 5 days left to go, I admit I am still enjoying traveling, but I am quite anxious to get back to Bali again too. My mind feels more at peace now that I have stopped overanalyzing all of the things that make Bali special and just accept it for the special place that it is. Every time my mind starts wandering off in that direction again I quickly put a stop to it – I have discovered that even if I could find the answer somewhere, it might not be worth knowing. In my opinion, a mere combination of words could not come close to capturing the feelings associated with living in a place like Bali – and trying to do so could ruin the mystic vibes that have entranced so many people to stay on the island.