Alcohol Banned in Bali? Say It Ain’t So! 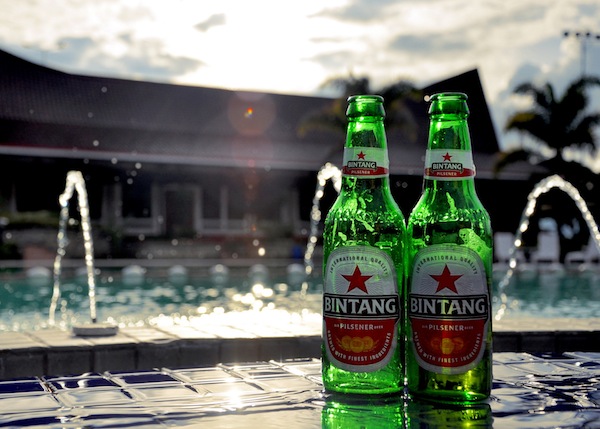 Just last week, many expats, tourists and local boozehounds received a big shock when it was announced that there is currently a bill in place to ban alcohol in Indonesia. While definitely shocking, it is important to take a look at the facts before we start getting carried away, stockpiling bottles of Bintang or studying ways to brew up our own alcohol at home in the bak mandi.

Before we even take a look at the facts though, have another sip of your drink of choice, take a deep breath and relax. Of course it is easy to get a little worked up when we hear the words “alcohol” and “ban” in the same sentence, but at this time (and most likely forever) it is just a bill, meaning it would first need to be passed to become an actual law.

A cause for concern?

Those of us who have been around in this country for a while know that every once in a while some crazy scheme pops up to try to protect the country’s citizens from….themselves. Remember when they tried to ban bikinis in conjunction with the new pornography bill a few years back? One look at any beach in Bali will tell you about how far that bill made it.

Regardless, this new bill to ban alcohol was put into place at the end of December by the United Development Party (PPP). Known for being the country’s oldest Islamic party, they are pushing to make Indonesia a dry country and if they get their way, those caught consuming alcohol would face 2 years in prison while distributors could face up to 5 years.

Arwani Thomafi, the secretary for the United Development Party cited religious reasons for the proposed ban as well as health reasons. Insisting that was alcohol was banned in every religion because it could endanger people’s lives, he was adamant about the bill and confident about it’s success of being passed and turned into national law.

Geez, someone get that guy a drink already!

OK, so maybe getting him drunk wouldn’t be the answer, but it is hard to take all this in with a straight face. Even though most of us will admit alcohol isn’t the healthiest thing for us, there probably aren’t many who believe that Indonesia will ever follow in the footsteps of nearby Brunei and ban alcohol completely.

Even if looked at strictly financially, the local economy would see a massive hit if alcohol were to make the list of banned substances in Indonesia. Bintang, the country’s domestically produced beer would have to cease all production (outside of their awful Bintang Zero) causing not only a huge drop in revenue and alcohol taxes, but the loss of jobs for thousands of Indonesian workers.

With duties on imported alcohol reaching close to $1 Billion annually, it is unlikely that the bill would ever see the light of day beyond the floor of the House of Representatives. Not to mention the tourism industry, the majority of which being located in Bali and with most tourists unable to imagine a trip to Bali without several icy cold Bintangs.

Even if Mr. Thomafi does feel justified in his statements, does he not realize what sort of a negative impact he would be making on his own country’s economy if his precious bill ever becomes a reality? Logic says he must, but logic doesn’t always reign supreme in Indonesia.

And if the bill does pass?

Underground beer bars? Shady guys on the streets of Kuta hissing at tourists walking past saying “Pssssst, Bintang mate?”, while the undercover cop waits just down the street to arrest the naughty drinker? A funny thought, although probably a whole lot easier to imagine that the bill even passing in the first place.

If it does pass though, there is still some hope for Bali boozers regardless. Thomafi addressed the fact that tourist areas and “certain ethnicities” might be spared of the ban. He did not, however, go into detail about which areas or ethnicities would be exempt from the alcohol ban.

For my money, I would imagine all of Bali would be a safe haven for drunkards (as many people might say it is already!) and that the Balinese being Hindu and fans of a good drink or 7 themselves would not have to follow the ban. Not having access to Bintang as it’s production would be banned would suck a bit, but maybe it would be the kick in the pants the Balinese need to start making a new type of arak that is not only safe, but suitable to the tourist taste buds as well.

Thankfully though, all of this is just speculation and will probably never be anything more than that. The bill is hardly receiving any support from anyone besides the people who have proposed it and is likely to just fizzle out and be forgotten about before it gets any farther.

Rest easy folks, no need to stock your houses up with alcohol like you’re preparing for the end of the world. If you have stocked up already though, feel free to give me a ring if you need some assistance in, *ahem* disposing of the bottles.